VENTURE CAPITAL ACTIVITY SKYROCKETS IN THE FIRST HALF OF 2021 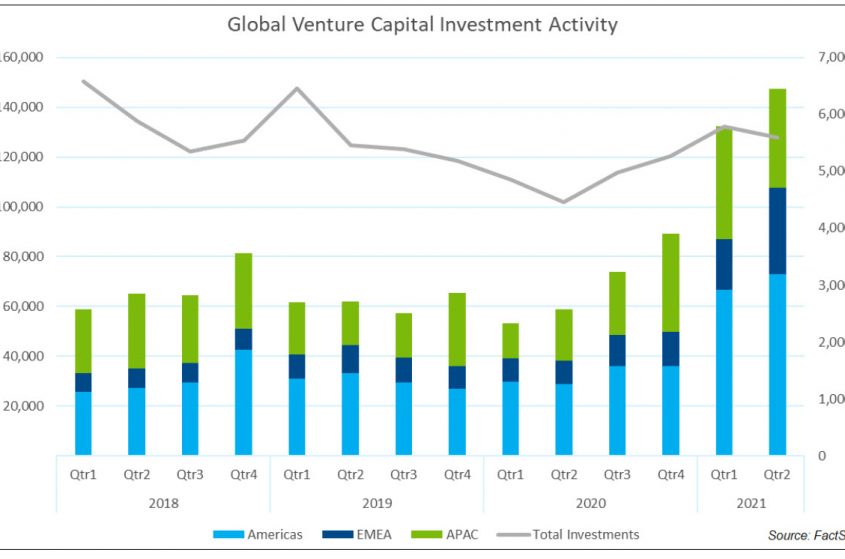 VENTURE CAPITAL ACTIVITY SKYROCKETS IN THE FIRST HALF OF 2021

The total amount raised from venture capital investments grew 149.9% in the first two quarters of 2021 compared to the same period last year. All regions have seen significant surges, but Europe has seen astonishing growth. European-based portfolio companies picked up their Q2 activity by 78.4% compared to Q1 and activity is up 229.6% from the same quarter in the previous year.

In the first six months of 2021, portfolio companies based in Europe raised nearly $50 billion; this surpasses the $38 billion raised in all of 2020. Of the $50 billion raised, 71.4% was split across five countries: UK, Italy, Germany, France, and Sweden. While these major markets are not new players in VC, smaller emerging markets like Romania, Croatia, and Greece have also benefitted from this capital investment growth. Europe is increasingly attracting investor capital as several technology firms continue to emerge in the region.