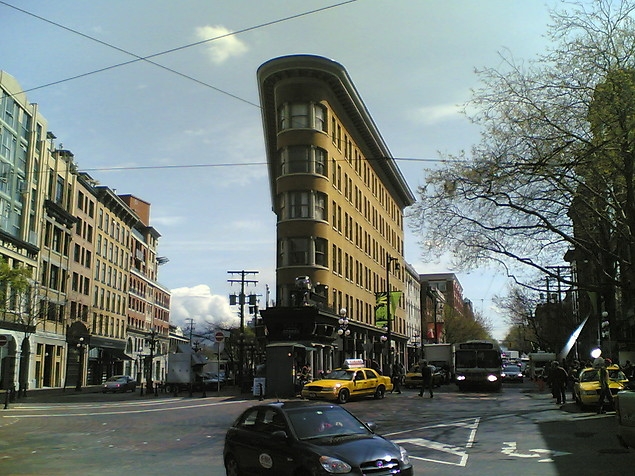 — Leading Citizen Journalism Service Rises to More Than 100,000 Contributing Reporters; Expands Its Relationship with AP to Include Major AP Bureaus Across United States —

Time Magazine Names NowPublic.com One of the Top 50 Websites for 2007:  “…Nowhere are the merits of citizen journalism more apparent than at NowPublic.”

Vancouver, B.C. and New York, NY – July 30, 2007 – NowPublic.com, the world’s largest participatory news network, today announced that it closed a $10.6 million Series A financing, led by Rho Ventures, based in New York and Palo Alto and its affiliate Rho Canada, based in Montreal.  The round also includes two other venture firms, Brightspark and the Working Opportunity Fund, managed by GrowthWorks Capital Ltd., both of which participated as seed investors.

This financing represents the largest single commitment to citizen generated news yet assembled by a company in the category.

In a short period of time, NowPublic.com has become one of the fastest growing news organizations in the world with contributors in over 140 countries and 3,600 cities.  By harnessing the wisdom of crowds and tapping into the news reporting potential of the hundreds of millions of Internet users, eye witnesses, bloggers and photography enthusiasts, NowPublic is changing the way news is produced and distributed.

NowPublic also reported today that it has surpassed 100,000 contributing reporters, making it by far the largest “citizen journalism” service in the world.  In addition, NowPublic announced that it’s expanding its landmark partnership with the Associated Press (AP) to include AP’s bureaus across the United States.  The AP is the world’s largest newsgathering organization with a staff of more than 4,000 employees located in more than 240 bureaus in 97 countries.  NowPublic.com and AP agreed in March to an innovative initiative designed to expand the world’s access to news as it happens.

These achievements serve to affirm NowPublic’s leadership position in the booming landscape of “crowd-sourced” participatory news, a category that NowPublic pioneered.  In fact, NowPublic is cited in Time Magazine’s recently released 50 Best Websites 2007 (“…nowhere are the merits of citizen journalism more apparent than at NowPublic.”).
http://www.time.com/time/specials/2007/article/0,28804,1633488_1633530_1633569,00.html

“On a daily basis, NowPublic’s model of citizen journalism is increasingly being embraced by major media,” said Leonard Brody, CEO and co-founder of NowPublic.com.  “During Hurricane Katrina, NowPublic had had more reporters in the affected area than most news organizations have on their entire staffs.  Recently, we’ve broken news in the Virginia Tech shooting, the grounding of an Alaskan ferry, a bombing drill gone wrong in New Jersey and a murder in Vancouver.  Through our relationship with AP, we’ve moved photos from one of our Oman-based contributors that ended up on the front pages of AOL and Yahoo! and were picked up by news outlets, including the New York Times, Forbes.com and The Guardian.”

“NowPublic is perfectly positioned to be the bridge between traditional and new media with its unique methods of crowd-sourcing news events, its unparalleled network of contributors and its open platform,” said Merrill Brown, chairman of NowPublic.com.  “This round of financing will enable NowPublic to further its goal of being the largest news network in the world with more people on the ground in the right places and at the right times to report news.”

“We’re very excited about NowPublic’s position to change the media landscape,” said Jeff Grammer, partner at Rho Canada.  “Across a spectrum of metrics—reporters, traffic, media distribution and the like—they’re executing beautifully on their goal of becoming the next generation news network.”

NowPublic has now begun working with AP bureaus serving Seattle, Los Angeles, Las Vegas and Chicago; it will roll out support for many additional AP bureaus over the coming year.  NowPublic’s 20,000 members in hurricane prone areas will be supporting the AP during the upcoming storm season.

About NowPublic.com
NowPublic.com is a crowd-sourced, participatory news network that mobilizes an army of reporters to cover the events that define our world.  In its short history, the company has become the largest news organization of its kind with more than 100,000 members in over 3,600 cities and 140 countries.  This year, The Guardian named NowPublic.com one of the top five most useful news sites on the web and Time Magazine named it one of the Top 50 Websites for 2007.  The company has received funding from Rho Ventures, Rho Canada, Brightspark, the Working Opportunity Fund, managed by GrowthWorks Capital Ltd. and members of the New York Angels.

About Rho Canada
Rho Canada, also a division of Rho Capital Partners, is based in Montreal and is dedicated to backing leading, early-stage technology-based companies in Canada.  Rho Canada is currently investing its first fund which was established in 2006 with $100 million in capital commitments.

About Brightspark
Brightspark Ventures is a leading early-stage venture fund.  Brightspark works closely with entrepreneurs to develop and build market-leading software companies.  With offices in Toronto and Montreal, Brightspark is backed by leading institutional investors who share its approach to early-stage software investing. Visit www.brightspark.com for more information.

Source for this article: http://www.nowpublic.com/world/nowpublic-com-closes-10-6-million-series-financing