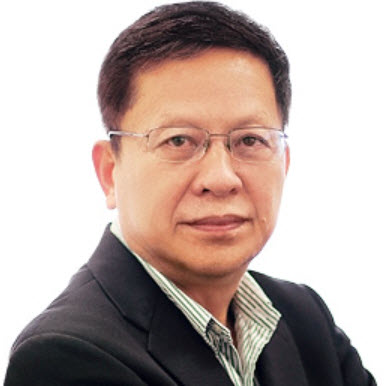 Dr. San-Qi Li , Ph.D. is a successful serial entrepreneur, chief technologist and academic who is well known as the co-founder of Santera Systems (acquired by Tekelec) and for co-leading the original spin-off of Santera Softswitch product to form a new startup, Spatial Wireless, in 2001, which was acquired by Alcatel for $250M in 2004.

Dr. Li is a world leading authority on telecom networks, VoIP, multimedia traffic modeling and network control/ resource management in IP networks, and is currently serves as the Chief Technology Officer at Huawei, based in Shenzhen, Guangdong, China.   Early in his career, he had pioneered China based high tech startups between in 1994-1999, co-founding both SanCom in the U.S. and its joint venture with Datang Group, and GaoHong, in Beijing, China. He served as CEO at SanCom and was the founding CEO & Vice Chairman at GaoHong. GaoHong became a leading broadband data network equipment vendor in China, had a successful IPO in 2003 in China and its market cap today at  over $300 Million.  Dr. Li had also provided extensive consulting services to leading companies including Cisco, SBC/AT&T, Ericsson, MCI/Verizon, Alcatel, Samsung, Korea Telecom, and others.

Dr. Li has published over 140 papers in international archival journals and over 90 papers in referenced international conference proceedings. He has also authored four book chapters published by IEEE Press and holds several patents. Dr. Li also had served from 1989 to 2002 as a full tenured faculty at the University of Texas at Austin as a professor of the Department of Electrical and Computer Engineering. Dr. Li earned his Ph.D. and M.S.E.E. in from the University of Waterloo, Canada and a B.S.E.E. from Beijing University of Posts and Telecommunications.